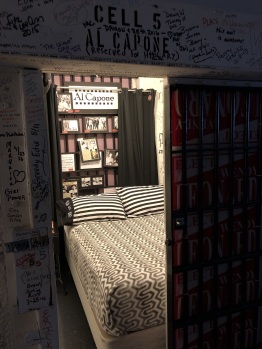 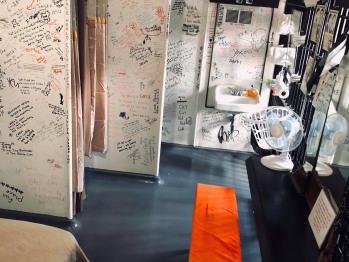 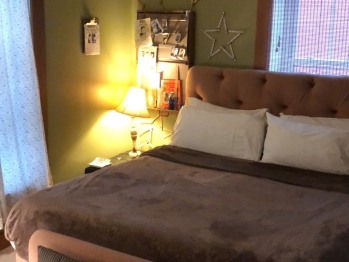 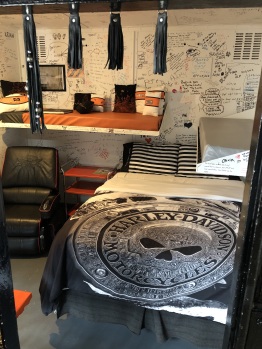 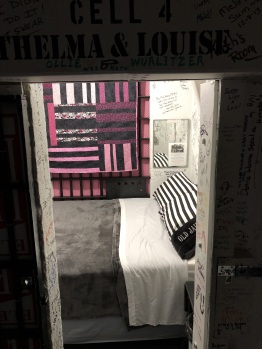 The Old Jail Inn, also known as the original Parke County Sheriff's office and jail served the county from 1879 to 1998. It was also the residence for the sheriff and his family. The Italianate building is a brick typical of the late 19th century with a porch that was added in later years. Behind the jail is the boiler house that was something of a forerunner in the technology of the times because it used hot water heat that heated not only the sheriff's office and jail but was piped underground through a tunnel to heat the courthouse as well. The jail, courthouse and boiler room were designed by the same architect from Fort Wayne, Indiana, Thomas J. Tolan and Son. The boiler house was the site of the last hanging in Parke County, Earl Stout, 1888. On December 23, 2009 Debra Olson sighted a round top steel door just inside the basement of the jail. Interested in using the door and two matching windows for a pending new home construction, she ventured just two blocks to find the owner of the building. PCI was lead by Kathy Harkrider, and 20 minutes later she wrote a check for the steel, and made plans to remove after the out of state check cleared the bank! Returned 4 days later and Kathy informed her the door, windows and the building were hers! Leaving confused, shocked and overwhelmed she returned four days later to inspect what she now owned. Walking through the old, gross smelling and shambles of a building, it came to her, “it’s a bed and breakfast”! Not knowing anything about the industry, nor about remodeling a jail, she turned an eye sore into a world known inn! Scrapers, tons of debris, power sprayers, plumbers, electricians and 380 gallons of paint later, on her father’s birthday, May 31, 2010 she hosted her first guests.

We are not handicap accessible. This building is 140 years old .